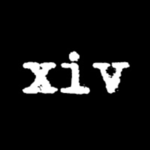 All poems have a meaning. The meaning or reason for a poem is not always understood by the reader, but this will not affect their appreciation of the poem albeit present some questions concerning its inspiration. The following poem is a sonnet of the Shakespearean form with an analysis of its content, structure and versification.

Simply put, Fourteen Lines is a sonnet about using fourteen lines. It is typical of this form, consisting of three quatrains and a concluding couplet. As required, full-rime is used throughout. The overall meter of the poem, as with any sonnet, is classified as iambic pentameter.

The sonnet can be divided into its three quatrains and couplet as follows:

Q1:
This quatrain asks the question: Well what is worse, to use these fourteen lines or none at all? The question is prompted to the reader (who may be expecting a longer poem) as to what is the difficulty with a fourteen-line verse. Regardless of the length of a poem, it is possible to capture the imagination and emotions of the reader. Sometimes there may be a seriousness about the message or indeed a little humor (bordering on the sarcastic side). If the message or memory cannot be relayed in fourteen lines, then it probably isn't worth the time or perhaps it was not an enjoyable thought to begin with. Why resort to lengthy prattle?

Q2:
The second quatrain states how fourteen lines affects the poet. Whether thinking or in the physical presence, these four lines convey the feelings of the poet toward his loved one. Her presence is not necessary when the memory is vivid, clear enough and real enough as if she stands before him.

Q3:
Here we have the volta or turn. In this case it is signaled by but. Whereas this may be a common word to indicate the change in mood or move of a sonnet, other words or phrasing may indicate the same. In these lines the poet is asking the question that may be posed by the recipient of these lines: Do you really mean what you say? An honest question considering the praise directed to the poet's genesis of adoration. The poet himself is somewhat overwhelmed by his own words; O' quell this aching heart!, perhaps in some ways a little melodramatic but love and words know no boundary.

Couplet:
The simplicity and complexity of fourteen lines, much the same with love itself. All emotion, all sensory feelings can be captured succinctly in fourteen lines of verse. No more, no less.

Scansion:
The scansion of this sonnet highlights some minor variations to the meter, some of which are not obvious in an initial reading.

For the most, the scansion shows that the dominant foot is the iamb and that the lines are iambic pentameter. There are minor variations which depend on how the sonnet is read and among other points, the accent/origin of the reader. (For example, regional pronunciations can account for reasons that the reader finds that some words do not rime or that emphases/stresses are placed differently.)

We notice the spondee in the third foot. The use of this foot will depend on the reader's interpretation. It may well be that there is a difference in the stress, but it would be negligible. A softer sounding fond would be obvious to the ear. The use of elision could be questioned. An experienced reader would realize that memories should be pronounced as mem'ries. Even if not elided, memories can still be used successfully without violating meter since the the middle syllable is a very short sound (mem-o-ries). It's all in the reading.

Again the spondee appears but at the start. The emphasis on just gives the line more feeling rather than a mere nondescript or casual beginning following the previous line. The question is an expected question from another as to why only fourteen lines. Just fourteen lines? You ask.

The remainder of the verse is iambic pentameter, but lines 8 and 13 are of interested because of promoted stresses. A promoted stress occurs when a word or syllable that would not normally be stressed appears in the stressed position of the foot.

Lines 8 and 13 have a promoted stress:

If both words or syllables are not stressed, it gives rise to a pyrrhic foot (x x) instead of (x /). The pyrrhic foot must occur before a spondee thus resulting in the equivalent of a double iamb else we will have three unstressed elements following each other. Following with the trochee will complicate matters depending where the pyrrhic occurs.

A promoted stress places emphasis on words that are not normally stressed in everyday language. When used in iambic meter their promotion gives rise to an iambic foot. It is this promotion that needs to be questioned. That is, whether or not it is appropriate to stress the word or syllable in question. The short of it: Does it make sense?

The promoted words in lines 8 and 13 (your and with) sit well with the iambic feet since the emphases of these words give more meaning to the lines. The point being that the subject following has greater importance to the poet and recipient.

Enjoy what you do!
Ferrick